This post is part of a series that I call ‘Pandemic & Resilience.’ The main subject or info conveyed is about growth through personal loss, managing unexpected business changes and somehow still move forward.
It’s about finding your inner strengths and as a result creating beautiful realities.

So, looking back, how did it all start for you? At what point did you realize that you were not in OZ anymore?
What changes did you make? What did you do in this past year…that there’s no way in hell you would have done if the sky hadn’t fallen in…?
It’s OK; I’ll wait…
Ahh… I see a few answers here and there. I guess like yes, we all ‘adjusted’ in one way or another, did we?

Honestly, did we have a choice?
You got that right. None. No choice whatsoever. It was like, Hello! Surprise, surprise! You thought you had it all together…Well, guess what…
Nope. One. Big. Nope.

So, it’s been a year. And what is different at this point from a year or so ago?
I bet a lot…
Same here. What a journey…

I remember it too well. Hubby was doing the groceries that day…So yes, he gets home, and as always, I start putting everything away…only to realize that about half is missing.
So here I am in our small walk-in pantry, mumbling away at how bad he screwed up… To finally ask him… “Like what happened here…half is missing.”
“The grocery shelves were bare….”
I’m still moving stuff around in the pantry and didn’t’ click in the least bit to his answer.
So, I ask again… This time pocking my head out of the pantry…
“Where are the canned vegetable, the bleach, pasta? Why is so much missing?”
“Some of the grocery shelves were bare…empty.” He said in a shaky voice, leaning against the kitchen island… “There were only a few cans of peas in the canned section…and that was it.”
And that’s when it hit me.

TV noisily filling the space in the background, cats on the floor figuring out empty bags, and this look of total shock on hubby’s face.
It’s like time stood still for a second…
“You’re kidding, right?” As I fumbled with a few cans…
“No… I’m not. There were quite a few people shopping also….”

By then, my little brain had done a complete 360.
You know that numbing feeling you get when something you don’t quite understand hits you? When your only reaction is….”Well, that’s not the scenario I asked for….”
Yeah, that scenario.
The one you’ve seen in B grade movies, never thinking that you’d be the star of one of ‘them’ scenes one day.

So your brain goes, yes, that’s all very nice but…
“But, but, but… I don’t know my lines! What do I do now? Where’s the producer? Come on, this is ridiculous…! I never asked to be part of this movie!”
Lights. Camera. Aaand….Action…!

You’ve now been thrown into what is probably the biggest crisis of your life. OK, if not a crisis…one hell of a mess, where you’re not sure who’s the boss anymore.
Look at it this way. You sure aren’t any longer.

So…what was my reaction once the dust ‘kind’ of settled in those first few seconds…?
Nothing.

I just stood there like an idiot looking at the groceries on the island…absentmindedly listening to the TV and thinking… I need a beer.
Crash-landed, turned around, and poked my head in the pantry…
And then it hit me.
I only had food for what…maybe two weeks? And that was stretching it. Because why would I ever need to buy more than for a few weeks at a time?
Honestly! There was no reason!
OK… I lied. My father bless his soul, who lived through WW2 – always, always had this ‘thing’ about being prepared. Preparedness, he called it. The ‘just in case of ‘ thing…
Which I never took heed. The war was his world. Not mine. I was OK.

Reality check here…
You are not in OZ anymore. So, what does one do?

I had barely caught my breath from the grocery debacle… To being told inside a few days that we were now under complete lockdown.
Lockdown, you say?? What’s that?
Q in the tarata dum music…!
Easy, I learn incredibly fast… It’s the …” You go outside, for some unjustified reason…You deal with it”.
OKKKK…Got it.

Now, how about my groceries?

Shockingly maybe, that was the most important thing for me because… Well, staying inside was not an issue as I’d been working from home since what…2007?
So yeah, you want me to stay inside? Cool, got it.

Now, how about my groceries?

This became the focus of my life for the next six months. Not the grocery buying per se, no. But more like, our realities had changed…Now, what was I supposed to do for the long term? Because yes, life was not the same anymore.

You see, at the start of the lockdown, I’d get up around 5:00 am to order the groceries online…

Why? I live in a small town, and our local grocery store server could not take the increase in demand throughout the day for online shopping. As a result, it meant a longer waiting time to log in and a super slow connection trying to put your grocery order through.

Yep, this new ‘scenario’ had a few quirks in itself, and it showed me the fragility of it all.

So, what does one do again? Well, I jumped right into it. May as well. Hell, obviously, this was not going to go away in a few weeks.
So, from figuring out where to get dried beans in reasonable quantities to trying to create ‘storing areas’ in a 1,500 square feet condo…
Well, guess what?

Life became exciting – and all revolving around food and how to conserve food. And food list. And, and…
Did I make it? Hell yeah. To bloody stubborn not to!
I even bought an upright freezer (online, no less) and stuck it in the laundry room. Not much space granted, but I made it.

What did I learn?

Don’t take anything for granted – and that’s for it all across the board.
All of it. From A to Z. Get yourself prepared – to whatever level you feel comfortable with. But do it. You’ll sleep better.

Believe me on that one.

You may also enjoy these articles...

I haven’t written in a while…That is, sending out a Newsletter…Now, I could come up with a thousand excuses, and some are pretty valid…But that’s not the name of the game. Either you do it, or you don’t.
So, What’s New?
For one, I’ve created a new website page that explains in more detail what my ‘Small Steps, Beautiful Results Planner’ is all about.
‘Small Steps, Beautiful Results’ Planner Options

Following up on my last Newsletter, I received an email from a future client wanting to know more about my ‘Small Steps, Beautiful Results’ Planner and ‘in’ the way in which it was created.

In other words, what were the results intended?

First, why did I create this Planner?

Because I guess, like many of you, I was tired of the run-of-the-mill Planners and wanted a planner not only unique in style but also practical.

What Did I Learn In 2020 and Basmati Rice

What did I learn in 2020, and how did I manage to go forward? Honestly, the only thing that comes to mind is my Basmati Rice. The one that took me three months or so to learn how to cook.
Before I finally mastered the art of cooking this delicate dish…My rice cooking was lethal. I mean it. With this hardened mush, you could have easily put a dent in a window…
Obviously, no Martha Steward here! 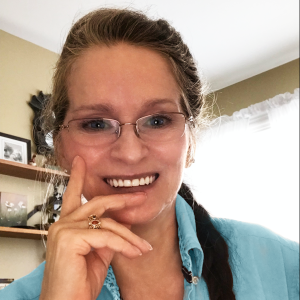 PrevPreviousCOVID. And on Choosing to Become You.
NextNewsletter – For Dreamers & Doers…Next

Want to know a bit more about me...
Well, I also publish my articles on Medium.com...
Give it a look, there's so much more to learn & read about.
https://medium.com/@chrisjechoux

Get the latest news & updates along with weekly free digital downloads!